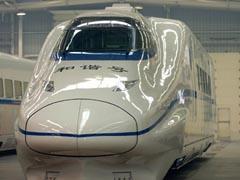 CHINA: Work is underway on the first Passenger-Dedicated Line in Inner Mongolia, a 286 km route linking provincial capital Hohhot with the eastern city of Zhangjiakou.

A ceremony on February 28 marked the start of construction on the line, which is designed for 250 km/h running and will have five stations.

A 174 km eight-station line designed for 200 km/h running is also being built to link Hohhot with Ordos and Zhungeer. On completion in four years the two lines will cut journey times from Beijing to Hohhot, Baotou and Ordos to less than 3 h.

In northeast China, construction of the 360 km PDL from Jilin to the port of Hunchun and Tumen near the border with North Korea was launched on March 3. The 41·6bn project will reduce journey times between Hunchun and Jilin from 7 h to 2 h and will form part of the wider high speed network connecting the hinterland of China’s northeast economic zone