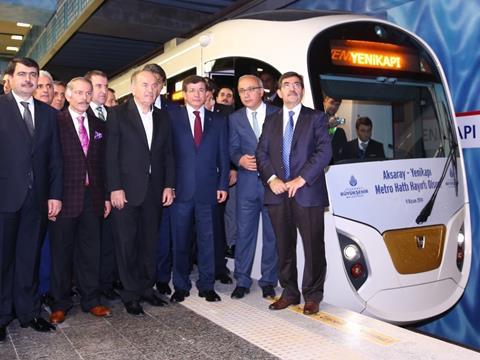 The southeastern extension of light metro line M1 from Aksaray to Yenikapı is 700 m long. Interchange is provided at Yenikapı with metro line M2 and Marmaray suburban services.

Services from Yenikapı designated M1A run to Atatürk Airport with a journey time of 36 min, whereas M1B services diverge at Otogar to serve the other western branch, which terminates at Kirazlı.