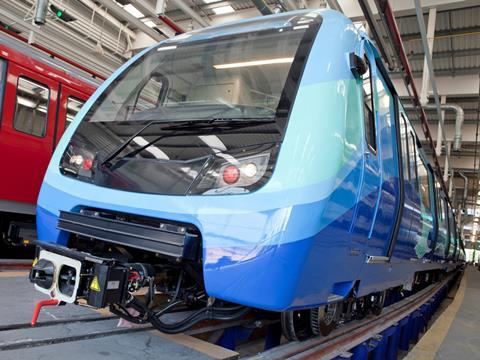 Line M5 will run entirely underground from Üsküdar to Ümraniye and Çekmeköy on the Asian side of the city. It will be 19·7 km long, including a spur to the depot, with 16 stations.

CAF is to produce the vehicles, with Mitsubishi Corp supplying electrical equipment including the automation systems which it says will be deployed in Turkey for the first time. Deliveries are scheduled for 2016 to 2017.

Mitsubishi Corp said the two suppliers have a long-standing business relationship, and the contract was awarded based on IMM’s positive evaluation of equipment supplied for driverless trainsets in Dubai and Singapore as well as CAF’s price competitiveness. Mitsubishi Corp said the companies ‘aim to further contribute to the development of metro lines with fully automated driverless systems in Turkey’.