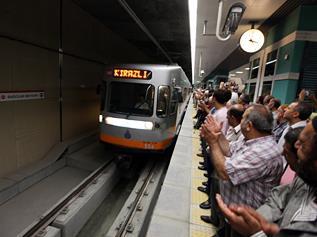 The branch connects Esenler, which was until now on a one-station branch from Otogar, to Kirazlı, the southern terminus of Line M3. There are intermediate stations at Menderes, Üçyüzlü and Bağcılar Meydan. Interchange is provided with tram route T1 at Bağcılar.

M1B is designated as a branch of Line M1, although there were suggestions that it would be part of Line M3 when that line opened in September.