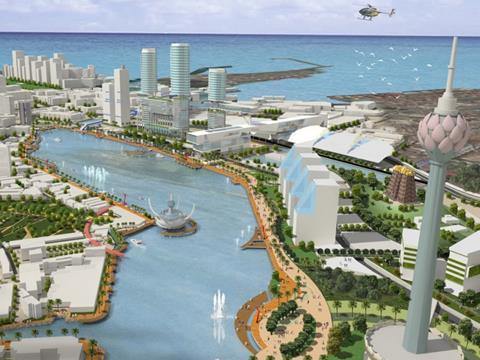 SRI LANKA: The Japanese government is to provide a soft loan for the construction of a light rail network in Colombo. The announcement by Western Region Megapolis Project Chairman Ajita de Costa followed the visit of a Japanese delegation led by Vice Minister for Economy, Trade & Industry Hirofumi Katase on July 26-27.

The loan would be used towards the initial 25 km of elevated alignment. Longer-term plans envisage a mix of elevated and at-grade sections covering 75 route-km. There would be three routes in the central business district of Colombo, and a further four lines extending to the suburbs of Kollupitiya, Bambalapitiya, Borella, Maradana, Rajagiriya, Battaramulla and Malabe. Hitachi and Taisei have reportedly expressed interest in the project.

The lines are to be built to support the development of the urban agglomeration centred on Colombo and taking in the Gampaha and Kalutara districts. This is envisaged to have 9·1 million inhabitants by 2035.