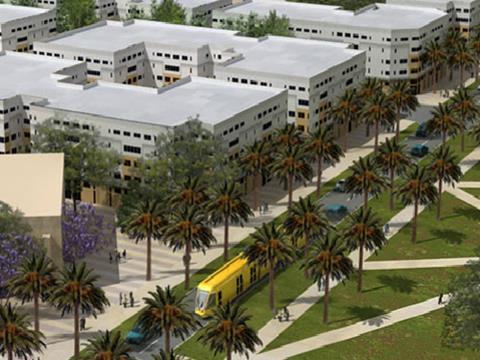 The university said the proposed metro would provide staff, students and visitors with a 'high-quality, frequent service', reducing the need for road transport and thus enabling land currently used for car parking to be converted into gardens or retail areas.

The route is still to be finalised, but it is envisaged that the campus metro would serve Medical City, where 20% of journeys originate, and include an interchange with the proposed Riyadh metro on King Abdullah Road. An eastern loop would serve halls of residence, sports and entertainment facilities, with a western loop running via the central service areas. Both loops would serve the Riyadh Techno Valley science park.