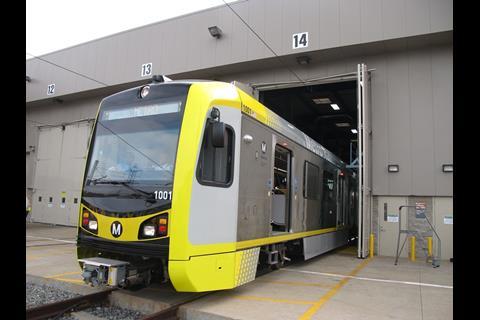 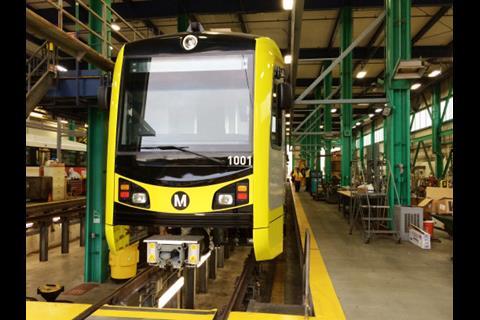 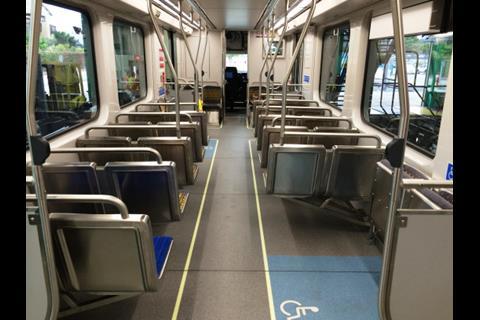 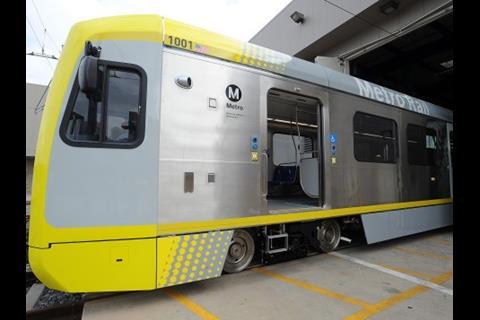 The pilot vehicle will be used for testing before series production begins, with delivery of the first production vehicle due in mid-2015. All 78 LRVs are expected to be in service by January 2017.

All 175 vehicles currently on order are being partly built in Japan before final assembly takes place in Palmdale, California. Kinkisharyo has said that it plans to establish a car body manufacturing plant in the US.

The stainless steel bodied, six-axle articulated vehicle has 68 seats. All vehicles in the base order are to operate services on the Gold Line Foothill Extension and the Expo Line Phase II extension to Santa Monica that are currently under construction; both are expected to open by mid-2016. The 97 cars ordered in the option will be used on the Crenshaw/LAX and Blue lines.