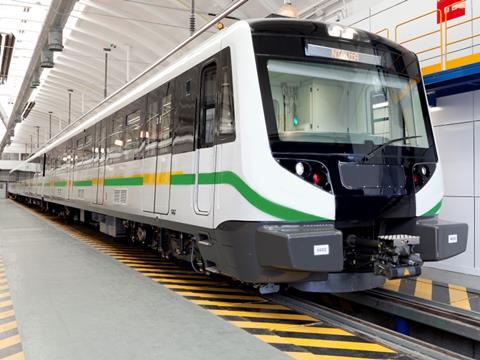 CAF said that the order has been placed in response to growing passenger numbers, and so the trainsets will be able to run in multiple.

CAF supplied 13 three-car trainsets to Medellín under a contract signed in 2009, and an option for three more trains was exercised in January 2014. The first of these is to be delivered to Colombia shortly.

The two-line Medellín metro covers 35·5 route-km and has 27 stations.