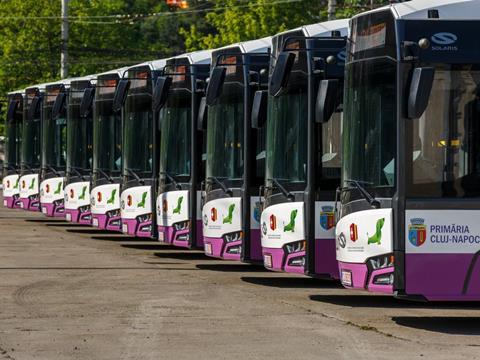 ROMANIA: Solaris Bus & Coach is to supply a further 18 Urbino 12 electric buses to Cluj-Napoca under a 90m złoty order announced on September 28. The order is partly financed by the Swiss-Romanian Co-operation Programme.

This is the final option on a framework contract for up to 41 battery buses signed in August 2017. The first 11 were delivered this year, and 12 more are to be delivered by the end of December. The last batch of 18 is to due to arrive from Solaris’ Bolechowo factory nine months after contract signing.

A separate framework contract signed by Solaris this year covers the supply of up to 50 articulated trolleybuses to the city.