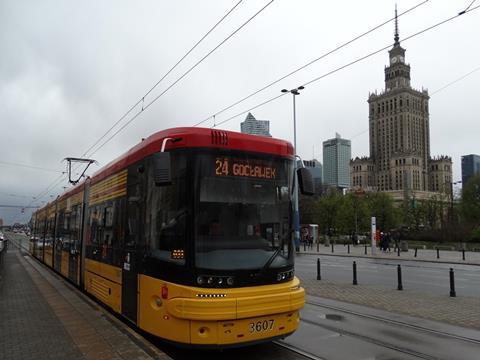 POLAND: Tramwaje Warszawskie has selected Hyundai Rotem as preferred bidder to supply up to 213 low-floor trams, the operator announced on February 8.

Rotem’s bid of 1·852bn złoty excluding VAT beat those of Pesa, which offered a price exceeding TW’s budget, and that by a consortium of Stadler and Solaris, which did not meet all the tender specifications. The order is being financed partly by EU funds.

The air-conditioned trams would be used on the existing network as well as on planned extensions. At present 59% of the TW fleet comprises low-floor vehicles.