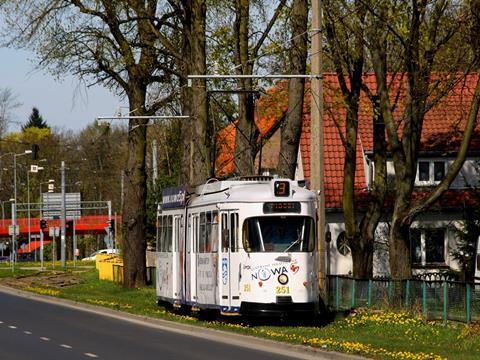 POLAND: Pesa is the sole bidder to supply up to 20 trams to Gorzów Wielkopolski, city transport authority MZK announced on January 31.

The 115·1m złoty bid includes a firm order for 14 bidirectional trams from Pesa’s Fokstrot family. These would enable most of the existing fleet of 11 Type 6EGTW trams and nine Type 6ZGTW trams purchased second-hand from Kassel to be withdrawn. MZK has a further 17 Type 105N trams, but these are not in regular service.

The procurement forms part of a larger programme to modernise and expand the network. The 225m złoty project, which includes 37·5m złoty from the EU, would see 11 route-km of the 12·2 km network modernised and 3 km of extensions built.