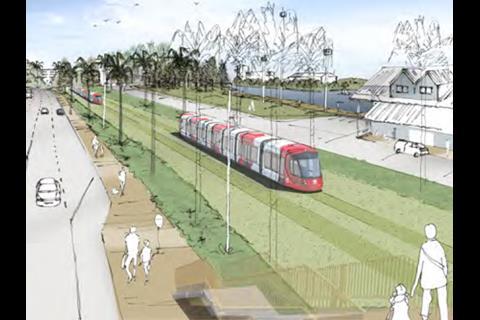 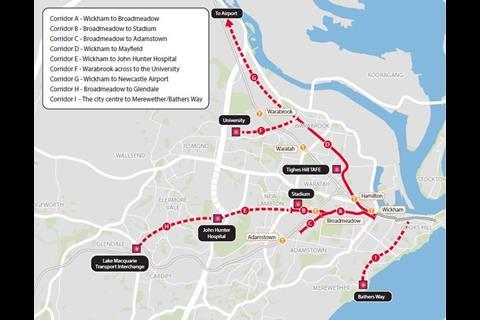 AUSTRALIA: Transport for New South Wales has identified 10 options for an extension of the planned 2·6 km light rail line in Newcastle. These have been published for public consultation.

With an environmental review now underway, Transport for NSW expects major works on the initial line linking Wickham and Pacific Park to start in early 2017. Passenger services would start in 2019, replacing the heavy rail line into the city centre, which was closed at the end of 2014.

An area of 5 km around the city centre has been identified for possible extensions, as this is relatively flat and has a high population and employment density. Four routes at the western end of the initial route are being studied:

In addition, Transport for NSW says that community feedback has identified a further six options: