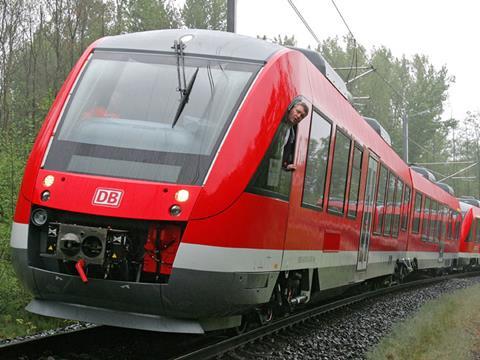 GERMANY: DB Regio has placed the first firm order for Alstom Coradia Lint 41 diesel multiple-units within the terms of a 2008 framework agreement for up to 180 units.

The €40m order announced on November 26 covers 16 two-car units, designated VT648.4 by DB, for use on regional services in Schleswig-Holstein from December 2011.

The 120 km/h DMUs will be built at Alstom's Salzgitter plant. The Coradia Lint's modular design allows customisation to suit the requirements of a particular service, and the Schleswig-Holstein units will have 130 seats in two classes, an accessible toilet and GPS-driven passenger information.

Alstom has sold 470 Coradia Lint units to operators in Germany, the Netherlands and Denmark since the design was launched in 2000.