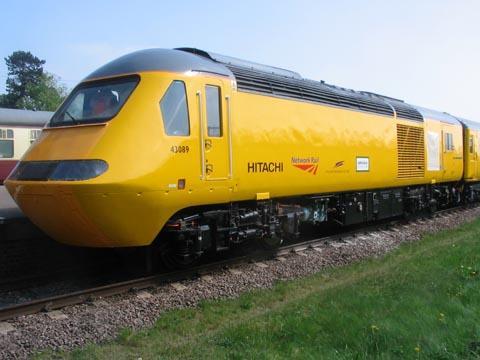 Conversion entailed installing a lithium ion battery and inverter in a Mk III coach permanently coupled to the power car. Energy regenerated during braking was stored for re-use.

Experience with the inspection train demonstrated fuel savings on the single power car ranging from 12% on long runs to 20% on duties with frequent braking.

The power car is to be used from December by East Midlands Trains, which is understood to have been able to accept the loss of a coach for the battery, but the non-standard power car would have complicated operations.