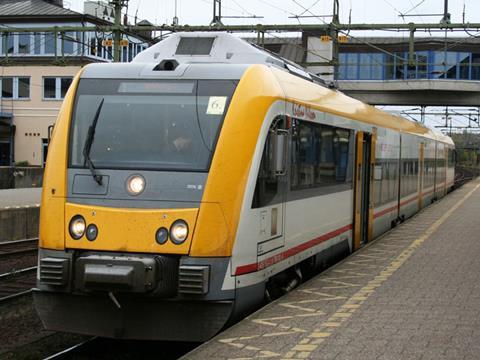 The 10-year contract is worth SKr800m and covers the operation of 2·1 million train-km a year using 14 local authority-owned Bombardier Itino and Y1 diesel multiple-units. There were five bidders, with the runner up being Deutsche Bahn. The Merresor joint venture of national railway SJ and Veolia-owned People Travel Group which has operated Krösatågen since 2005 did not bid.

This is DSB's fourth win in Sweden, following from contracts to operate Øresund services in partnership with FirstGroup, the Roslagsbanen in Stockholm, and most recently a contract with Västtrafik in Göteborg.

'Sweden is our second home' said DSB Chief Executive Søren Eriksen. A third of the company's traffic will be in Sweden, where its contracts cover 20 million train-km on more than 2 000 route-km, larger than its regional business in Denmark.