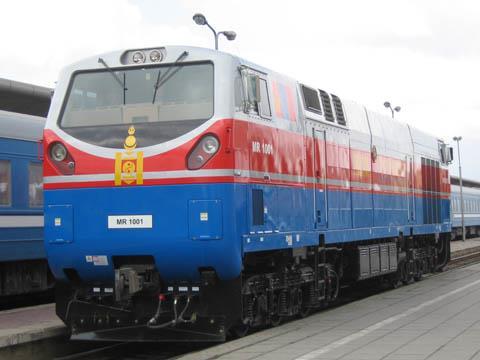 The locomotive is similar to those which GE Transportation is supplying to Kazakhstan. 'We chose GE because it is the only company with a proven AC propulsion product and because of lower life-cycle costs,' said A Batbold, General Director of Mongolian Railways. 'In addition, GE offered a service support package with the locomotive that includes an on-site technical adviser, spare parts and tools.'

Although Mongolian Railways has only ordered one locomotive, it is of strategic significance to GE Transportation as it marks an entry to a new market. This is 'a great example of how globalisation has opened up growth opportunities', said President & CEO Lorenzo Simonelli.

According to GE Transportation more than 3 200 Evolution Series locomotives are now operating in the USA, Canada, Mexico, Brazil, China, Australia, Kazakhstan and Egypt.