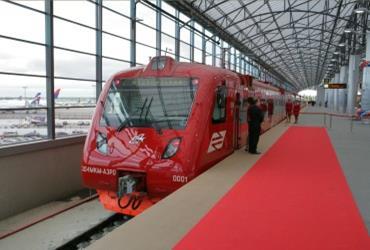 The 29 km journey from the airport to the city centre takes around 35 min by rail, compared to around 50 min by bus on congested roads, and the 250 rouble fare compares favourably with taxis.

The airport trains operated by Aeroexpress comprise one first class car and seven second class vehicles. Regular services began on June 11, running every half hour in the peaks. The route is due to be extended to the more central Belorusskaya station by the end of the year.