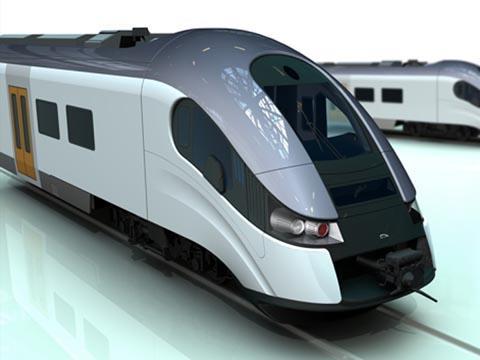 POLAND: Bydgoszcz-based manufacturer Pesa has revealed its ELF low-floor EMU design ahead of the planned exhibition of a prototype at the InnoTrans trade fair in Berlin in September.

Speaking at the Expo Ferroviaria event in Torino on June 9, a spokesman confirmed that two contracts had already been agreed to supply the 3 kV trainsets to Silesia for regional services and to Warszawa operator SKM for suburban operations.

Initially offered as a four-car set, the articulated design will have a maximum speed of 160 km/h with seating for 200 passengers. Height above rail is 4 280 mm, and 760 mm around the doors. Traction will be provided via four asynchronous motors of 500 kW installed in three of the four vehicles. Pesa says that trainsets of up to eight cars would be offered, with options for both 15 kV and 25 kV AC variants.