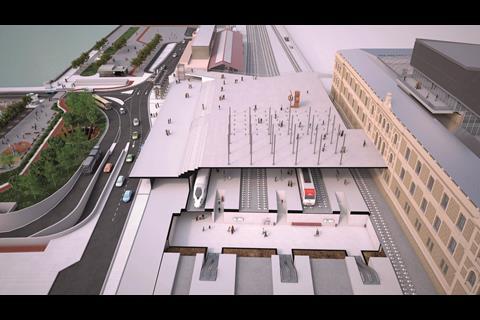 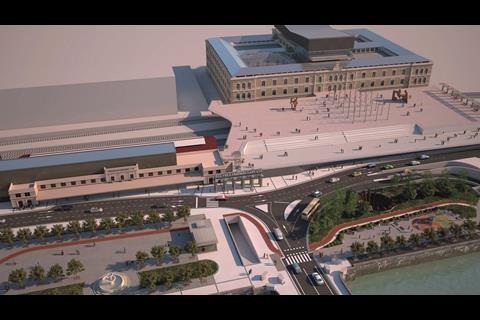 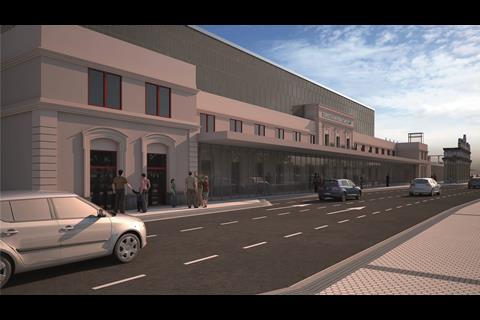 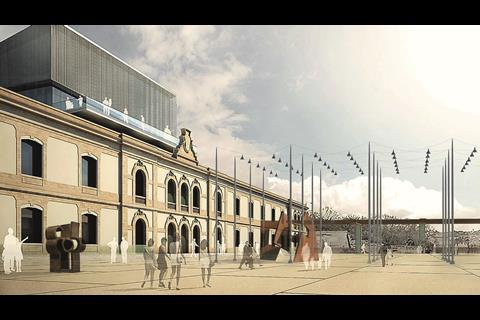 SPAIN: Tenders were issued on December 12 for reconstruction of the main line station in San Sebastián as part of the ‘Basque Y’ high speed programme.

The result will be the partial integration of the existing station with the adjacent, underground, bus station, and the incorporation in the finished complex of part of the Tabakalera, a huge former tobacco factory dating from 1913, which since 2015 has served as an International Centre for Contemporary Culture.

Design of the expanded station has been led by Eptisa Cinsa Ingeniería and architect Jon Montero under a €0·9m contract awarded in May 2018. The rebuilt station will have four 1 435 mm gauge tracks, of which two will serve platforms and two will be through roads. Two mixed-gauge tracks are also to be installed, for use mainly by 1 668 mm gauge Cercanías suburban trains and freight traffic.

Covering the tracks will be a 5 723 m2 public plaza, providing enhanced access to the Tabakalera. The existing façade of the station, dating from 1864, will be retained, as will the 1881 train shed, designed by Jean Biarez and Alexandre Gustave Eiffel. Care will be taken to avoid the illusion of an underground station, by ensuring that a view of the neighbouring tree-lined streets will be maintained from the platform level.

Worth €101·5m, the contract will run for 42 months, including the relocation of public utilities, landscaping work, and the renovation of the various historic buildings.

Following more than 20 years of planning and construction, the trackbed of the 175 km ‘Basque Y’ linking Bilbao, Vitoría-Gasteiz and San Sebastián is almost complete. Most of the outstanding work relates to the approach routes to the three cities.

The railway between San Sebastián and the French border at Irún is being rebuilt with dual-gauge track at a cost of €40m. Long-standing plans to extend the Spanish high speed network to the border via a new alignment south of the coastal conurbation will depend on France agreeing to proceed with a new line between Bordeaux, Dax and the border crossing at Hendaye.