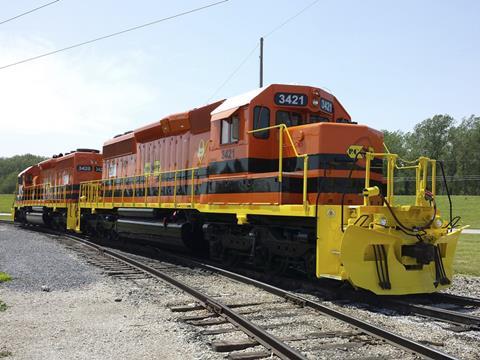 USA: The newly-established Rapid City, Pierre & Eastern Railroad subsidiary of short line and regional railway group Genesee & Wyoming began operating freight trains on the west end of the former Dakota, Minnesota & Eastern network on June 1. This follows the completion of a deal to acquire around 1 070 km of railway from Canadian Pacific for $210m, plus $7·5m for inventory, equipment and vehicles.

RCP&E has 177 employees, most of whom formerly worked for the DM&E, and expects to recruit more. ‘We have the right people, locomotives, equipment and track infrastructure in place to provide the customer-focused service for which short line railroads are known,’ said RCP&E President Brad Ovitt,. ‘The RCP&E will be locally managed and operated, which enables decisions to be made closest to the customer’.

RCP&E is based in Rapid City, and operates northwest to Colony, Wyoming, southwest to Dakota Junction, Nebraska, and east to Tracy, Minnesota. It interchanges with BNSF, Canadian Pacific and Union Pacific, as well as short line Nebraska Northwestern.

A fleet of 50 locomotives and 3 000 wagons is planned, according to RCP&E General Manger Todd Bjornstad, who said ‘our intent is to increase the level of service provided to customers, which will increase the flow of traffic over the railroad and, ultimately, improve customer satisfaction.’