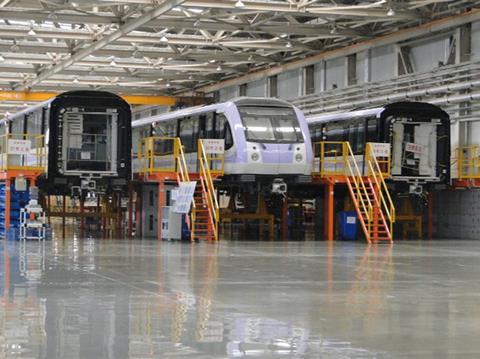 CHINA: CRRC Nanjing Puzhen Rail Transport Co announced on June 23 that it had been awarded two contracts for metro cars and two for trams in China.

Two of the orders are for Suzhou. Suzhou Rail Transit Group Co has awarded NPRT a 1·88bn yuan contract to supply rolling stock for metro Line 3, with delivery scheduled in 2018-19. Suzhou New District Tramway Co is purchasing trams to operate on the extension of tram Line 1 for 150m yuan, with deliveries due to take place in 2016-17.

NPRT is to supply rolling stock for Phase 2 of Hangzhou metro Line 2 for 640m yuan, with delivery scheduled for 2016-17. The fourth contract is a 630m yuan order placed by Honghe Prefecture Modern Tram Co for rolling stock to operate on the Diannan Centre City Tramway Project. Deliveries are due to take place in 2016-17.