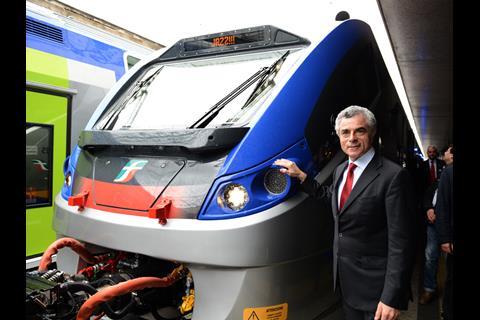 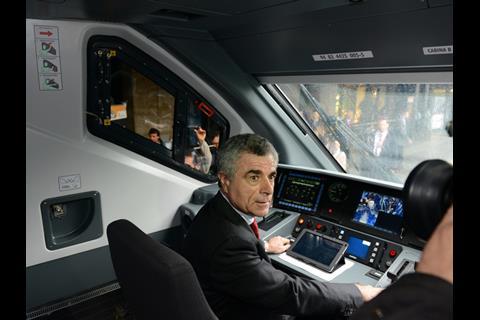 ITALY: Alstom officially handed over the first of 70 Coradia Meridian electric multiple-units being built for Trenitalia at Roma Termini on March 27.

The operator placed the €440m order for the four and five-car 160 km/h EMUs in November 2012. Following the musical themes of the Vivalto and Minuetto trainsets, Trenitalia has branded the new units 'Jazz'. They have a new livery with a 'marked contrast between its matt anthracite grey background and bright brush strokes of colour that enhance the dynamism and compactness of the train's design'.

The EMUs will be supplied in four configurations: Metropolitan, with more standing room; Regional, with more seats; Regional Eexpress, with a more comfortable interior for longer distances; and Airport, with more space for luggage. They will be equipped with CCTV, audio and visual information, signage in braille and 220 V power sockets.

The Coradia Meridian trainsets are being designed and manufactured at Alstom's Savigliano, Bologna and Sesto San Giovanni plants.