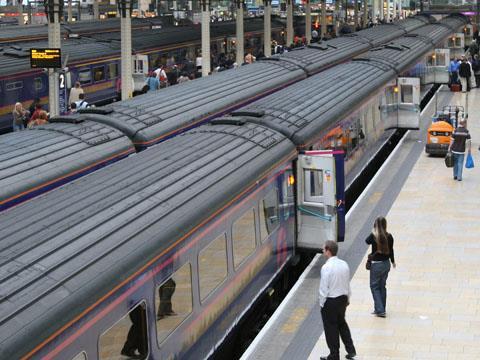 UK: The Greater Western franchise to operate inter-city passenger trains between London, Bristol, South Wales and the West of England, plus suburban and regional services, is likely to be put out to tender next year, following confirmation that incumbent operator FirstGroup has decided not to take up its option for a three-year extension of the current franchise which ends in March 2013.

Announcing preliminary results for the year to March 31 2011 on May 11, FirstGroup revealed that has made a contract provision of £59·9m against the franchise, following the ‘commercial decision’ not to take up the extension. Instead, the company says it ‘intends to bid for a new long-term Greater Western franchise, reflecting significant government investment’.

Chief Executive Tim O’Toole explained that ‘the government has announced franchise reform and major investment in the region, including the redevelopment of Reading station, resignalling and electrification of the Great Western Main Line, the Intercity Express Programme and Crossrail. With our unique knowledge of the franchise, we believe we are best placed to manage these projects and capture the benefits through a longer-term franchise.’

Meanwhile, O’Toole said, ‘we will continue to operate First Great Western until March 2013 and meet all of our obligations under the franchise agreement.’

He added that FirstGroup is ‘focused on retaining our leadership position in UK rail, and will continue to leverage our expertise and experience. We were pleased to prequalify for the InterCity West Coast franchise and we are discussing a proposal to extend our First TransPennine Express franchise with the Department for Transport.’

FirstGroup reported a 6·5% increase in revenue at its UK Rail business in 2010-11, up to £2 269·8m from £2 131m the year before. Operating profit increased by 23% to £108·7m ‘despite a reduction in net subsidy/premium’, thanks to ‘management actions to reduce the addressable cost base and lower hedged fuel costs’.