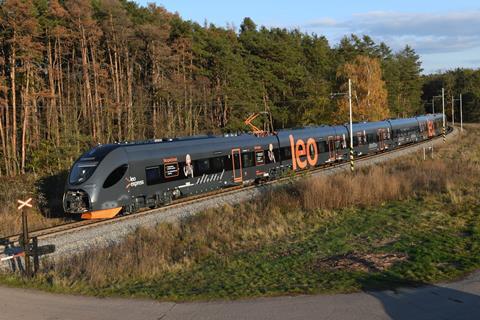 The first LEO Express Sirius EMU is now on trial at the VUZ test loop in Velim. (Photo: Vladimír Fišar)

CZECH REPUBLIC: Leo Express has launched a pilot first and last mile service by partnering with peer-to-peer car sharing company HoppyGo. The open access operator has become a minority shareholder in HoppyGo and expects to expand the service to destinations in Poland next year.

Describing HoppyGo as ‘basically Airbnb for cars’, Leo Express COO & Acting CEO Robin Svaricek told delegates at the World Rail Festival in Amsterdam on December 5 that the service would be integrated with rail ticketing so that there would be ‘one purchase, one ticket’. The next step will be to launch ride sharing when someone rents a HoppyGo car, he suggested.