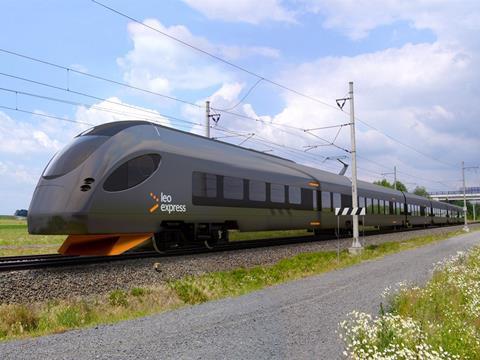 EUROPE: Czech open access operator LEO Express has announced a significant expansion of its services this year, as part of its ambitions to become a major player in the Central European market.

On April 1 a thrice-weekly service is scheduled to start between Praha and Kraków, a route which LEO Express had initially hoped to launch in December 2017. Trains will leave Praha at 16.10 and arrive in Kraków at 23.10, with the return leg departing at 04.44 and arriving at 11.39. The service is expected to run daily from August 1, with two trains per day planned from December.

The number of existing international and domestic services from Praha is also to be increased, with three daily trains to Košice, eight to Karviná and five to Staré Město u Uherského Hradiště.

Track access applications have already been submitted, along with the formal expression of interest which is required to meet the new legal obligation for an economic equilibrium test envisaged in the EU’s Fourth Railway Package.

LEO Express operates a fleet of five Stadler Class 480 EMUs, one of which is currently under repair, Three six-car EMUs are scheduled to be delivered by China’s CRRC Zhuzhou later this year, and LEO Express has options for 30 more.