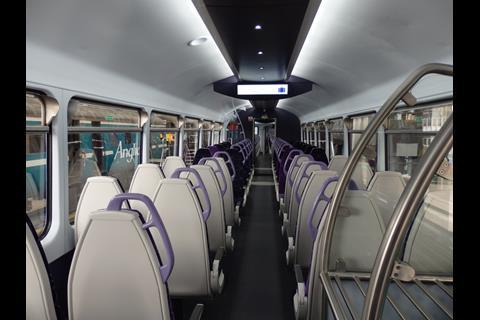 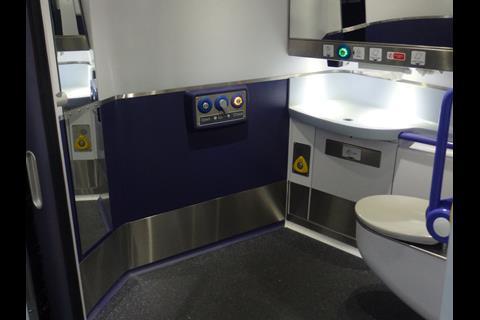 UK: Porterbrook Leasing has unveiled a Class 144 diesel multiple-unit which has been refurbished to demonstrate how the interior of ex-British Rail Pacer vehicles could be upgraded to comply with modern accessibly standards and provide a more welcoming passenger environment.

The 144e Evolution would offer a transformed passenger experience ‘at a fraction of the cost of a new DMU’, according to Porterbrook Commercial Director Olivier André, who said the monthly leasing costs of the 144e would be around one-third of those of a new DMU.

The demonstrator incorporates a wide range of enhancements to show what is possible. Operators would be able to select from a list of options depending on their budget, with the refurbishment concept also including a ‘144e reduced specification’.

The changes focus on the passenger interior, with the existing engine and drive train retained. According to Porterbrook, the basic structure of the Class 144 is fundamentally sound.

The most significant alterations are linked to the requirement for all passenger rolling stock to comply with PRM TSI accessibility regulations by the end of 2019. A wheelchair-accessible toilet module has been installed, and a folding wheelchair ramp is fitted to cover an internal step.

The new seats mark the entry of Spanish firm Fainsa to the UK rail market. There are 78 seats, six fixed and one tip-up seat fewer than the previous layout, but two wheelchair spaces and 11 more standing spaces. Overhead luggage racks have been removed, as they were felt to be under-used. The multi-purpose area includes a combined luggage rack and space for two bicycles.

An ethernet backbone enables the introduction of 'added-value' systems including wi-fi, full-colour LCD information and media screens, automated announcements and in-car and forward-facing CCTV. The media screens are a new product from TrainFX, and could be used to display real-time information on connecting services, as well as advertising. This could be tailored to different markets, reflecting the varying needs of commuters and off-peak leisure travellers.

The government’s invitation to tender for the next Northern franchise rules out the use of Pacers. However, they could be redeployed elsewhere, and Porterbrook confirmed it is in talks with other companies which currently operate Pacers. The concept of the 144e Evolution could also be applied to other ex-BR multiple-units including the Class 15x family.

Porterbook said that the refurbishment had taken longer and cost more than expected, but stressed that it was very much a technology demonstrator, undertaken at the company’s own expense. The DMU is due to return to service in the next few weeks, and Porterbrook is keen to receive feedback.