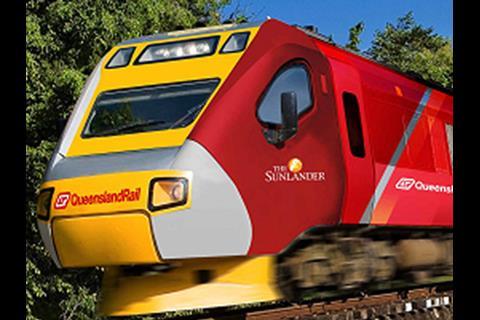 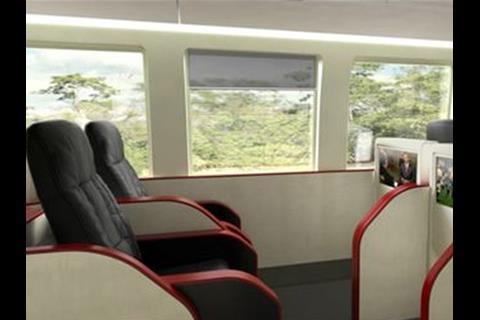 It will be built at the Maryborough works of Downer EDI, which supplied the two diesel and two electric Tilt Trains currently in service. Downer EDI will also modernise the existing diesel sets and supply 10 new cars. Deliveries will begin in April 2013.

'Travelling the Brisbane to Cairns rail route is one of the world's top train journeys', said Bligh. 'This A$189m investment means passengers on this world class route will be able to travel in world class luxury.'

The Tilt Trains use Hitachi technology to run at up to 160 km/h on the 1 067 mm gauge tracks, and this will cut around 5 h from the current 30 h Brisbane - Cairns Sunlander timing on the 1 680 km route.

Queensland is currently undertaking an asset sale which includes privatisation of rail freight business QR National. 'It is because we have created a rail company that is completely dedicated to its passengers that we can deliver these focused improvements', said Bligh. 'This investment in the future of regional rail travel will allow us to continue to provide six return services between Brisbane and Cairns a week. It allows us to provide faster and more comfortable options for tourists and regional Queenslanders, for whom inter-city train travel is essential.'