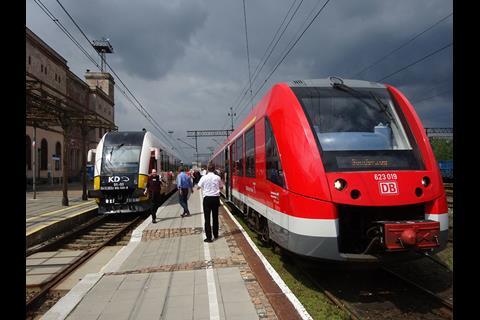 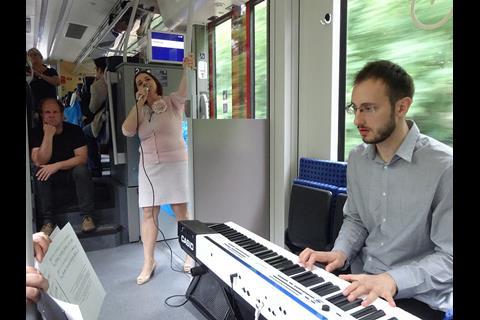 EUROPE: A special train service ran from Berlin to Wrocław on July 15 to highlight the desire of city and regional authorities on both sides of the German-Polish border to see the reintroduction of regular through services. The EuroCity service between the cities was withdrawn in December 2014.

Jürgen Murach, the Social Democratic Party of Germany's Berlin transport spokesman, told Railway Gazette that one of the reasons for organising the special train was to demonstrate that a 3½ h journey time is possible, countering claims that rail could not compete with road coaches because the route is partly single track and not yet fully electrified. The fastest train in 1939 covered the route in around 2½ h.

Murach pointed out the Polish section of the route has been modernised in recent years, enhancements are planned in Germany, and signalling incompatibilities should be less of a problem in the future. As a result, the group of local authorities involved in the trans-Oder transport round table believe that a through service could be launched relatively cheaply, significantly improving regional connectivity without the infrastructure costs associated with projects elsewhere in Germany.

The Class 623 diesel multiple-unit used for the special train ran at speeds up to 140 km/h, with cultural entertainment onboard to highlight opportunities for cross-border collaboration.

‘Europe should grow together without borders’, said the SPD’s Andreas Geisel, calling for the introduction of a daily Berlin – Wroclaw service by 2019.