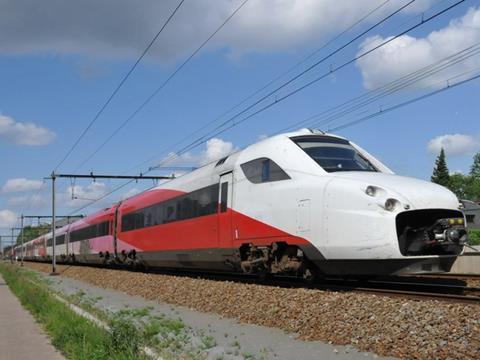 NETHERLANDS: Sharon Dijksma was appointed as State Secretary at the Ministry of Infrastructure & Environment with effect from November 3. Reporting to Infrastructure Minister Melanie Schulz Verhagen-Maas Geesteranus, she replaces Wilma Mansveld, who resigned last week following the publication of a critical report into the Fyra high speed train debacle.

Set up by the second chamber of the Dutch parliament in December 2013, the five-person cross-party commission led by Madeleine van Toorenburg was asked to look into the collapse of both domestic and cross-border high speed services on HSL Zuid.

Entitled De reiziger in de kou (The traveller in the cold), the final report presented on October 28 was highly critical of all parties in the project, which is estimated to have lost the Dutch taxpayers more than €1bn. It accused them of pursuing their own interests rather than focusing on the provision of an effective train service. As a result, the new line is still not being used for its intended purpose.

Built at a cost of €11bn, HSL Zuid runs for 94 km from Hoofddorp near Schiphol airport to the Belgian border, joining LGV4 which runs for a further 36 km to Antwerpen Luchtbal. A fleet of 19 eight-car V250 trainsets was ordered from AnsaldoBreda to work both domestic and cross-border services, with 16 ordered by NS and three by SNCB.

Following lengthy commissioning delays, cross-border services finally began on December 12 2012, but were suspended on January 15 the following year after a series of high-profile train failures. The trains were subsequently returned to the manufacturer, and services on the high speed line are now being worked by loco-hauled trains, plus 11 Thalys trains each way per day which carried just 2·3 million passengers in 2014.

The enquiry concluded that when the decision to build HSL Zuid was taken in 1996, no strategic plan was established for its use, and there were no proper contractual arrangements with Belgium. Right through the project, there was no proper collaboration between the various ministries, NS and SNCB, with each player following its own interests and shifting responsibilities to the other parties.

The state wanted to recoup as much of its investment as possible by calling competitive tenders for an operating concession, expecting to raise €1·8bn. NS sought to win at all costs, and therefore bid far too much. According to the report, the High Speed Alliance of NS and KLM ran up losses of €790m, with NS booking a loss of €703m.

The commission found that all ministers involved had only kept parliament partly informed, and on many occasions had provided incorrect facts. Although the second chamber was supposed to act as a watchdog, it only barked and never took action.

The procurement of the V250 trains in 2004 was not correctly handled by NS, with AnsaldoBreda being favoured and Alstom Transport not treated correctly. The trains were due for delivery in 2007, but it was not until March 2012 that the first sets entered traffic on limited domestic services.

NS then decided to launch the much-delayed cross-border service to Brussels in December of that year, requiring the V250 trains to start running in winter despite inadequate testing. Shortly before the start of services, after 10 years of negotiations, NS reached a deal with SNCB to drop the proposed Den Haag – Breda – Brussels connection, but no provision had been made for any alternative, which was judged to be highly irresponsible.

The commission was highly critical of Dutch certification authority Inspectie Leefomgeving & Transport, whose performance had been ‘utterly unacceptable’ from a safety perspective. ILT had not inspected the new trains, limiting its role to checking that the documentation was complete and the processes had been correctly followed. It had therefore relied too heavily on Lloyds Register Rail, which had been retained by AnsaldoBreda as a Notified Body.

The commission felt that that at no time was any interest taken in the provision of a good and viable service between the Netherlands and Brussels, adding that the present connection still does not fulfil this role. Calling on the government introduce a proper high speed service at affordable fares, van Toorenburg pointed out that long-distance bus operators are now offering services from Amsterdam to Brussels 30 min quicker than the loco-hauled trains for a fraction of the price.