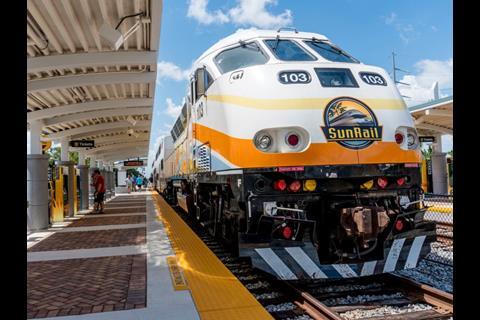 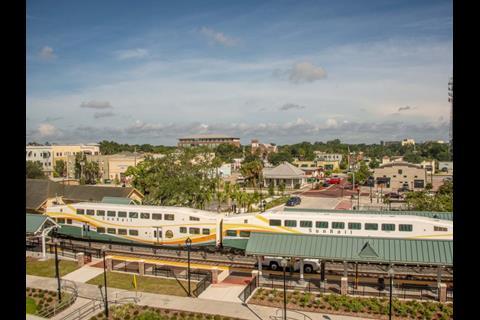 Serving central Florida’s Orange and Osceola counties, the extension adds a further four stations to the 51·5 km route with 12 stations which opened in May 2014. The new stations are located at Meadow Woods in Orange County and Tupperware, Kissimmee and Poinciana in Osceola County. Kissimmee is also served by Amtrak trains to and from Miami.

Development of the new route included double-tracking of much of the former CSX freight corridor and upgrading the level crossings. Total cost of the project is put at US$187m, of which half was funded by the Federal Transit Administration under a grant agreed in September 2015. The local share was split equally between the state and local governments.

July 23 saw the introduction of a new timetable, increasing the service from 18 to 20 trains each way per day. Trains operate every 30 min at peak times; the new timetable adds extra trains between the peaks and a later service in the evening. According to SunRail Executive Director Nicola Liquori, opening of the extension is expected to add 2 000 passengers per day to the existing ridership of around 3 400.

Funding options are still being assessed for the proposed Phase 2 North, which would extend SunRail services by another 19·3 km from DeBary to DeLand in Volusia County.