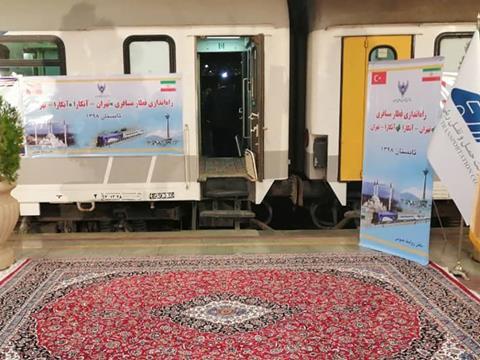 ASIA: The Transasia Express passenger service between Tehran and Ankara has been relaunched after a four-year suspension.

The first departure left the Iranian capital on August 7, watched by Managing Director of Islamic Republic of Iran Railways Saeed Rasouli and the Turkish ambassador. The train is scheduled to run once per week, but the frequency could be increased if there is sufficient demand.

The train runs through Zanjan, Tabriz and Salmas to the border at Razi and Kapıköy, with the RAI coaches continuing as far as Van where passengers transfer to a ferry to cross Lake Van. After disembarking at Tatvan passengers continue to Ankara on a TCDD train.