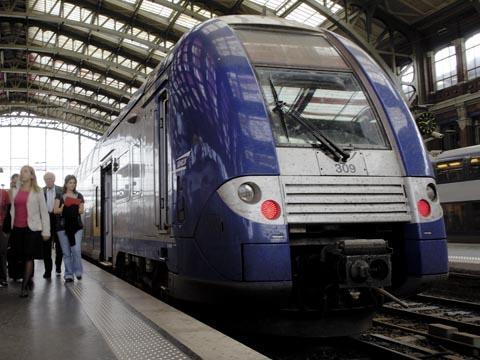 FRANCE: SNCF is to be reinstated as the overall managing entity for rail infrastructure and operations under draft legislation presented to the Conseil des Ministres by Transport Minister Frédéric Cuvillier on October 16. The bill is expected to go to parliament following municipal elections in March 2014.

The ministry said the ‘ambitious’ programme for reform of the rail sector would end the separation of infrastructure introduced with the creation of Réseau Ferré de France in 1997, bringing together the different elements in the present structure which are ‘scattered and badly co-ordinated’.

The bill will create a national rail group, with SNCF becoming the ‘mother’ organisation setting strategy and overseeing two publicly-owned subsidiaries. SNCF Réseau will merge RFF with the SNCF Infra maintenance business and national traffic management body DCF to form a unified infrastructure business, while SNCF Mobilités will be responsible for passenger and freight train operations.

The legislation also aims to stabilise the debt accumulated by RFF and SNCF, which currently stands at around €40bn and has been rising by more than €1·5bn a year. Transport funding body AFITF will take more responsibility for financing major projects, while the government will negotiate performance contracts with all three SNCF bodies in order to restore the financial health of the infrastructure manager.

The bill stresses the need to strengthen the public service element across the rail business, with a stronger role for the state ‘to ensure the efficacy of the right to transport’. The special status of railway employees will remain, with terms and conditions to be based on a national agreement, which will apply to all French railway organisations to avoid ‘social dumping’.

Regulatory authority ARAF will have its powers increased, and will be charged with ensuring non-discriminatory access to the national network for all operators.

The transport ministry says the proposed reforms are compatible with current European legislation and the objectives of the Fourth Railway Package, and would allow the ‘French vision of public service’ to be included in the debate at European level.