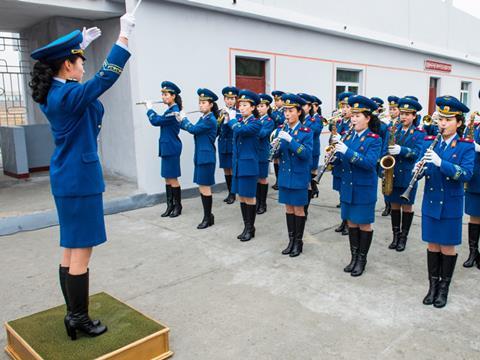 NORTH KOREA: Railways feature in a number of slogans which were published by the Central Committee and the Central Military Commission of the Workers' Party of Korea to celebrate its 70th anniversary:

Posters intended to 'inspire the army and people in the drive for carrying out the tasks set forth by supreme leader Kim Jong Un' have been produced by organisations including the Ministry of Railways' Art Studio, while an agitation campaign has seen art troupes visit the Kim Jong Thae Electric Locomotive Complex 'to give strength and courage to the working people through art performances of various forms.'