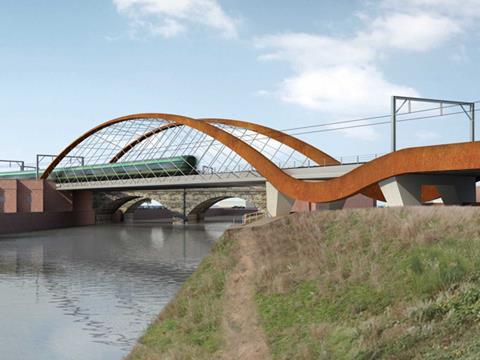 The plan is the infrastructure manager's response to the publication last year of the UK and Scottish governments' High-Level Output Specifications outlining what the railway is required to deliver in Control Period 5, which runs from April 1 2014 to March 31 2019.

Major projects in the plan, many of which are long-term schemes already underway, include:

The Office of Rail Regulation is seeking comments on the plan until February 19. It expects to publish a draft determination in June setting out how much money it believes Network Rail will need to deliver the proposals in the plan. A final determination is to follow in October, with Network Rail's delivery plan to be published in March 2014.

'As our railway gets busier the challenges get bigger and more complex', said Network Rail Chief Executive David Higgins. 'We have entered an era of trade-offs. Increasingly we have to balance the need to build more infrastructure, run trains on time and cut costs, and in many areas choices will need to be made.'