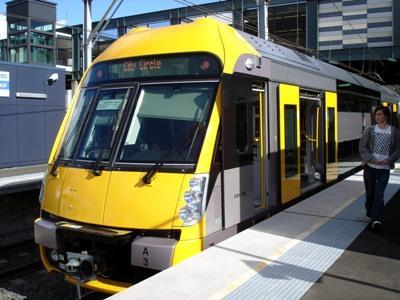 AUSTRALIA: The New South Wales state government has reached agreement with the shareholders in Reliance Rail, its 'financial guarantors and other parties' to restructure the finances of the troubled PPP concession to supply 626 Waratah double-deck EMU cars for the Sydney suburban network.

State Treasurer Mike Baird announced on February 6 that the government would invest A$175m in Reliance Rail Pty Ltd in 2018, subject to the successful delivery of all 78 eight-car trainsets and two spare vehicles by that date. In return it will take over full equity in the company from existing promoters, including the 49% stake held by Downer EDI.

According to Reliance Rail CEO Ian Hunt, 'the agreement follows extensive and complex negotiations led by the NSW Treasury, and is a benchmark example of the public and private sectors working together to resolve a difficult set of challenges'. It provides a platform for Reliance Rail to draw down a further A$357m of its committed borrowing facilities in 'late February and beyond', which will enable the company 'to continue to build, deliver and maintain' the remaining EMUs.

Downer EDI shares rose 8·5% following the announcement; the company had previously made provisions in its accounts totalling A$440m against production problems. Under the latest deal, Downer EDI has reportedly agreed to pay A$12·5m in 2018 if Reliance Rail's senior debt needs to be refinanced.

Awarded in December 2006, the A$3·6bn PPP contract also covers maintenance of the EMUs for 30 years. The stainless steel bodyshells are being produced by CNR Changchun and the electrical equipment by Hitachi, with Downer EDI Rail undertaking final assembly and fitted out the vehicles in Australia. Deliveries were scheduled to run from 2010 to 2013, but although the first vehicles were unveiled in July 2009 they did not enter service until July 2011.

Reliance Rail reported on February 6 that 'six trains are already in service, and the seventh is expected to reach practical completion in February 2012.' On the current schedule, the consortium 'is targeting the delivery of the last train in 2014'.