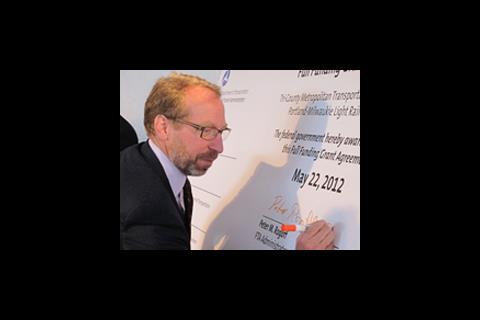 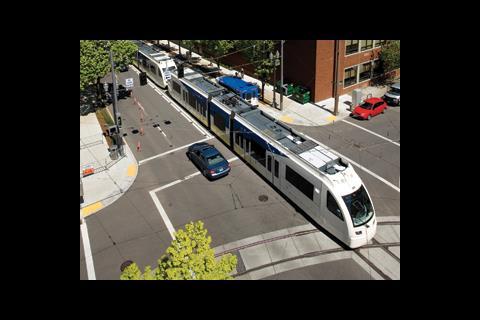 Starting at Portland State University, the route will cross the Willamette River on a new bridge which will also carry, buses, bicycles and pedestrians. It will then run through Milwaukie to terminate at SE Park Avenue in Oak Grove.

Around 22 000 homes will be within walking distance of the 10 stops, and the project includes pedestrian and cycling facilities to expand transport options and create easier commutes.

'This line will provide much-needed connections in south Portland, a part of the city where transportation access is extremely constrained', said Mayor Sam Adams. 'The project will unlock development, connect major institutions and spur job creation.'

Siemens has been awarded a $73m contract to supply a further 18 S70 light rail vehicles from its Sacramento plant from delivery in August 2014, taking the total number of cars supplied by Siemens to TriMet to 119.