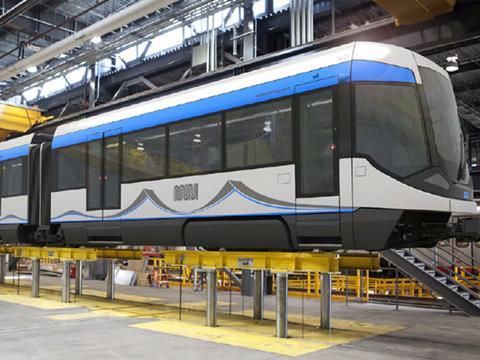 USA: San Francisco Municipal Transportation Authority has recommended the purchase of up to 260 S200 light rail vehicles from Siemens Industry. The 15-year contract would be worth $1·2bn when it is formally awarded later this year, following approval of the SFMTA board on July 15.

Siemens beat a rival bid from CAF. The cars would be built at the company’s Sacramento factory and are intended to replace the existing Muni fleet of Breda LRVs, as well as increase capacity. Deliveries of the first 24 cars are scheduled between late 2016 and 2018, in time for opening of the 2·7 km Central Subway extension of Muni’s T Third Line in 2019. The new cars would initially enter service on this line.