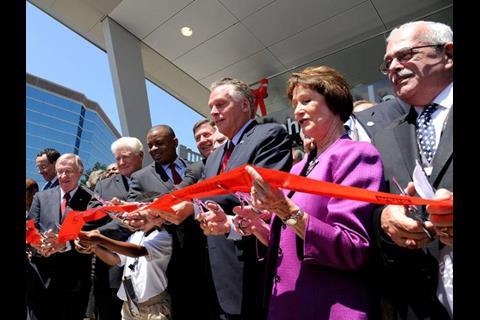 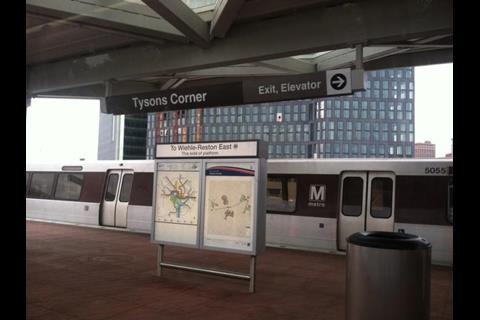 USA: The Silver Line of the Washington metro was inaugurated on July 26. The 18·8 km first phase of the line, which will eventually serve Dulles International Airport, branches off from the Orange Line between East Falls Church and West Falls Church and runs to Wiehle Avenue in Reston with five stations.

Construction started in March 2009 and included a maintenance facility. Metropolitan Washington Airports Authority managed the work, and the line was handed over to Metro on May 27. The Department of Transportation provided $975m of the $3·14bn project cost, with the remainder coming from road tolls, contributions from the airport and various public funds.

Trains run every 6 min in the peak, 12 min off-peak and 20 min in the late evening. Ridership is expected to be 25 000 passengers/day after the first year of operations.

Work is underway on Phase 2, which is expected to open in 2018. This would extend the line by 18·3 km and six stations to Dulles International Airport and Ashburn. The Capital Rail Constructors consortium of Clark Construction Group, Kiewit Infrastructure Group, Parsons Transport Group and Dewberry was awarded a $1·18bn design-build contract in May 2013.