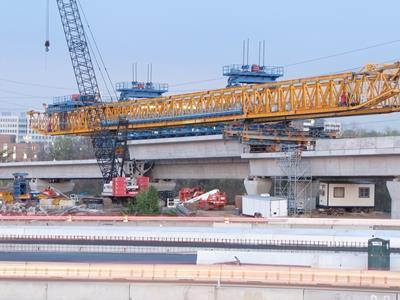 Capital Rail Constructors is a consortium comprising Clark Construction Group, Kiewit Infrastructure Group, Parsons Transport Group and Dewberry. Its bid of $1·18bn was the lowest of the five bids submitted.

According to MWAA, this is the largest of several Phase 2 procurement packages, covering around half of the work on Phase 2.

Phase 1 of the Silver Line, from Falls Church to Wiehle Avenue in Reston, is under construction and due to open this year. Phase 2 is expected to open in 2018. Road tolls, contributions from the airport and various public funds are being used to pay for construction.