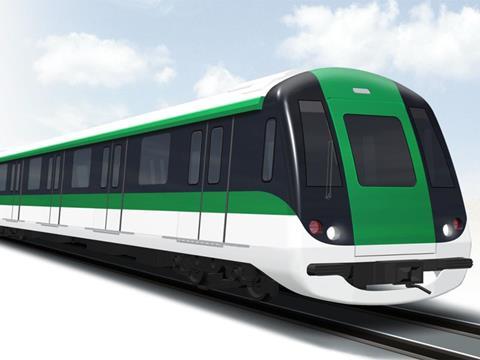 SINGAPORE: Land Transport Authority has ordered 91 four-car driverless trainsets from a consortium of Kawasaki Heavy Industries and CSR Qingdao Sifang for S$749m. The trainsets are to be used on the Thomson and Eastern Region lines, which will be operated as one line when both have been completed.

Kawasaki Heavy Industries is responsible for the overall train design, while CSR Qingdao Sifang is to produce the carbodies and undertake final assembly. The trains will be powered using a 750 V DC third-rail power supply and will have ‘improved current regeneration capability’, according to LTA. Each car will have five sets of doors for rapid boarding and alighting at stations.

The 21 km, 12-station Eastern Region Line from Changi to Marina Bay is to be completed in 2020. When the 30 km underground Thomson Line is completed a year later, the two lines will be linked to form one route from Changi to Woodlands North serving 33 stations.