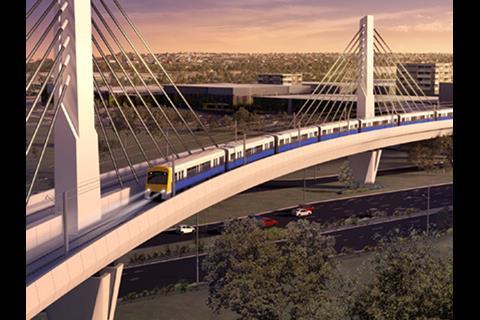 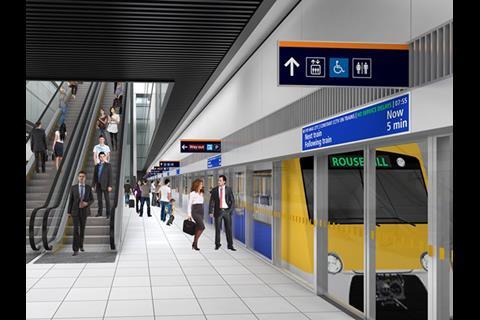 ‘The NSW Government will now work with the Northwest Rapid Transit consortium to further negotiate and finalise this multi-billion-dollar contract, which is expected to be awarded later this year,’ said Baird. ‘This will be one of the biggest public-private partnerships ever awarded in the history of NSW’.

The 23 km NWRL will run from Chatswood to Epping on a converted heavy rail alignment, continuing through a new 15·5 km twin-bore tunnel to Bella Vista before emerging onto an 4 km elevated section to terminate at Cudgegong Road in Rouse Hill. Opening is planned for 2019.

The OTS contract covers trackwork, signalling, electrical and mechanical systems, conversion of the existing railway with its five stations, construction of the eight new stations and the depot and supplying the driverless trainsets. This will be followed by operation and maintenance of the line.

Financial details are still be finalised, but Minister for Transport Gladys Berejiklian said the contract would make up a ‘large part’ of the A$8·3bn project cost. The state would set the fares, and make performance-based payments to the operator.