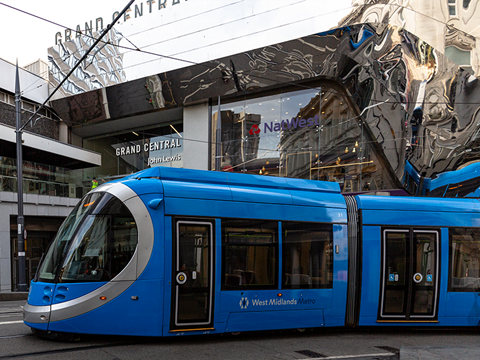 Android smartphone users can now use Google Pay to buy tickets on the Swift on Mobile app without needing a separate Swift smart card. Tickets are inspected by tapping the phone on a tram conductor’s ticket machine.

Deployment has been managed by the Transport for West Midlands authority, working with Google Pay and the ITSO Transit Hub delivery arm of standards organisation ITSO.

Swift on Mobile is to be expanded to bus and heavy rail operators, and an Apple version is also envisaged. ‘Working with Google is great, they understand customers’, ITSO’s Business Development Manage Nigel Cullum told Metro Report International.

Further ITSO on Mobile deployments are planned, although at the moment deployment in the large London market is held back by the limitations of ticket gates equipped for Transport for London’s proprietary Oyster system.