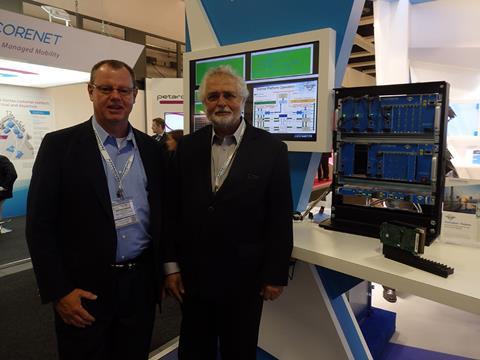 INNOTRANS: First-time exhibitor Artesyn Embedded Technologies is using InnoTrans to announce its ControlSafe fail-safe computer platform for signalling, control and other critical applications. ControlSafe draws on more than 30 years of experience in supplying safety-critical technology for the rail, aviation, off-shore and other industries.

ControlSafe comprises two industrial computers running in parallel, linked by a safety relay box which designates one computer as active and one as standby. The standby computer runs the same functions as the active one, but its output is not sent to the external systems being controlled. A two-for-two voting system compares the outputs from the two computers, switching the active for standby in the event that any problems are detected, while also alerting maintenance staff. The ethernet interfaces provide for easy scalability.

The computers have large cooling fins to avoid the need for potentially unreliable fans. The planned product life is at least 15 years, with support for 25 years.

Shlomo Pri-Tal, Vice-President, ControlSafe Systems told Railway Gazette International that initial ControlSafe units have already been supplied to the major systems integrators for pre-production development work, pending certification to the demanding Safety Integrity Level 4 standard which is being undertaken by TÜV Süd and is expected to be completed next year.

Pri-Tal says there is a large potential market in Asia, where there is demand for equipment meeting the latest international standard but few countries outside Japan have domestic suppliers of certified safety-critical technology.