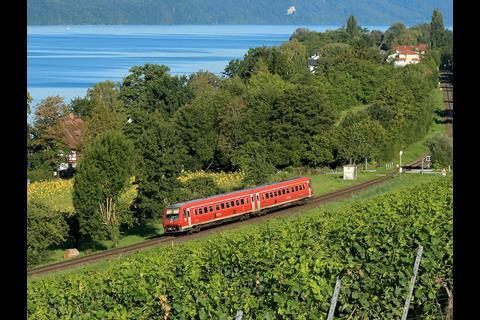 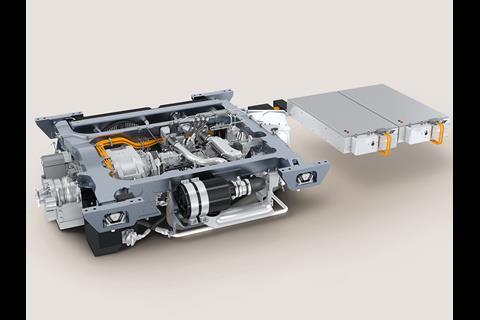 GERMANY: Rolls-Royce has used a computer-controlled simulation of operating conditions on the Radolfzell – Friedrichshafen route for bench testing of a real MTU Hybrid PowerPack to demonstrate its potential for use on services around the Bodensee. This included a demonstration of the feasibility of using battery power to provide locally emission-free operation in urban areas and tunnels.

The bench tests showed that a Class 612 diesel multiple-unit powered by an MTU diesel-battery drive could keep to the current and planned timetables on the route, while reducing CO2 emissions by up to 20% compared with a conventional diesel-only power unit.

‘With the Hybrid PowerPack we are offering an environmentally-friendly rail drive that combines the benefits of battery and diesel-driven trains’, said Lars Kräft, Vice-President, Industrial Business, at Rolls-Royce Power Systems on May 8. ‘Trains fitted with our hybrid drive system could improve operations on the Bodenseegürtelbahn within just a few years – with considerably less noise, fewer emissions and more connections with more stops – and this can be done with no additional infrastructure costs.’

A feasibility study by DB Systemtechnik has confirmed that an MTU Hybrid PowerPack could be retrofitted to a Class 612 DMU.