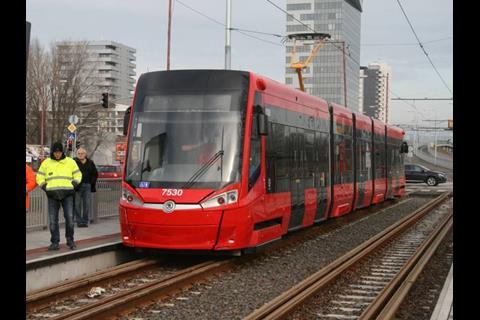 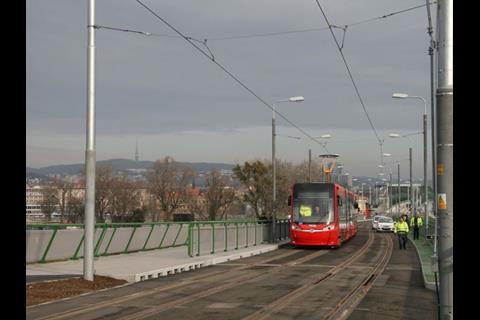 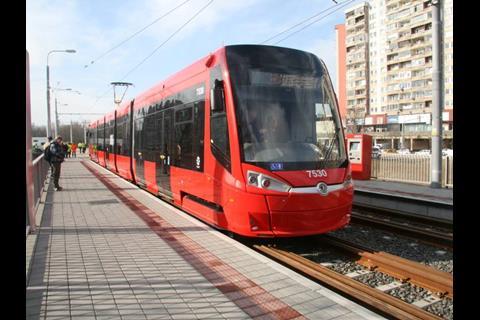 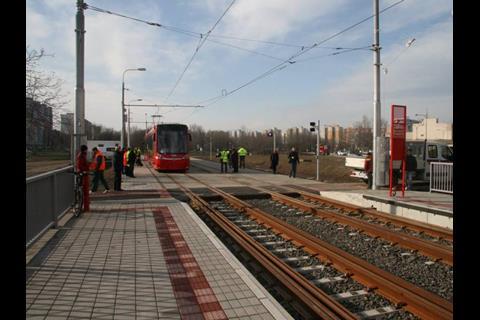 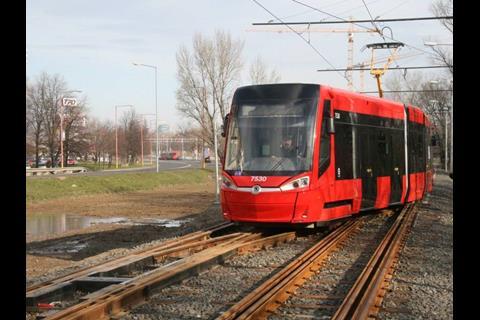 Running south from Šafárikovo námestie, the new route is the only one in the city to cross the Danube, using the 460 m Old Bridge which has been reconstructed to carry trams. The double track line then passes over the D1 motorway on two viaducts before terminating at Bosákova in Petržalka. The 2·4 km extension has three stops and is mostly dual-gauge. While the existing tram network in Bratislava is metre-gauge, standard gauge fast suburban light rail lines have been proposed.

Construction started in December 2013 and was undertaken by the MHD – Starý most consortium of Eurovia SK, Eurovia CS and SMP CZ. The EU Cohesion Fund provided €63m of the €76·8m cost.

A second stage of the project will involve the construction of a 4 km further extension from Bosáková to Janíkov dvor.