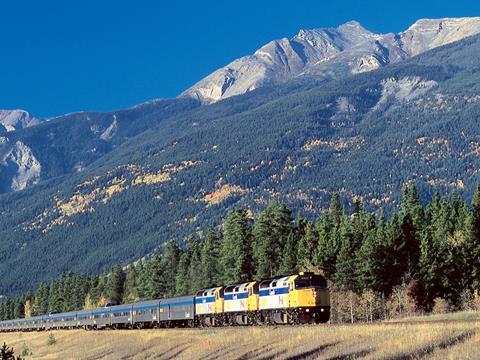 CANADA: National passenger operator VIA Rail has awarded Bombardier Transportation a C$54m contract to upgrade 17 coaches used on long-distance services to bring them into line with current and planned accessibility standards.

The stainless steel bodied coaches dating from the 1950s will be equipped with two wheelchair lifts, two accessible spaces with anchoring devices, an accessible toilet and information screens including in the toilets.

The work to be completed in 2020 also includes the installation of wi-fi, interior design changes and mechanical upgrading of the heating system and various electrical components.

‘Thanks to the federal government funding received by VIA Rail, we are ensuring that we remain the most accessible inter-city transportation service in Canada by offering universal accessibility based on the highest standards’, said VIA Rail President & CEO Yves Desjardins-Siciliano when the award of the competitively-tendered contract was announced on April 3. ‘This investment is in addition to the funding granted for the acquisition of a new fleet in the Québec City – Windsor corridor, and is part of VIA Rail’s transformation plan aimed at creating a more sustainable future for Canadians. Rebuilding these train cars to make them fully accessible is part of our ongoing commitment to offer universal accessibility on board our trains.’

Benoît Brossoit, President, Americas Division, at Bombardier Transportation said the contract would preserve between 80 and 100 jobs at its La Pocatière plant over the next two years.