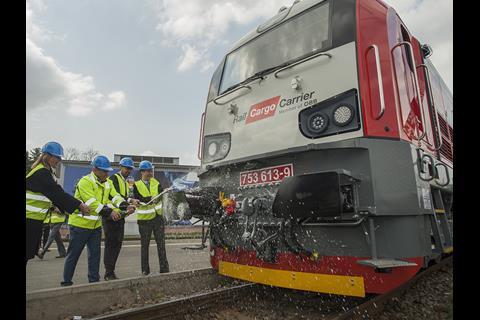 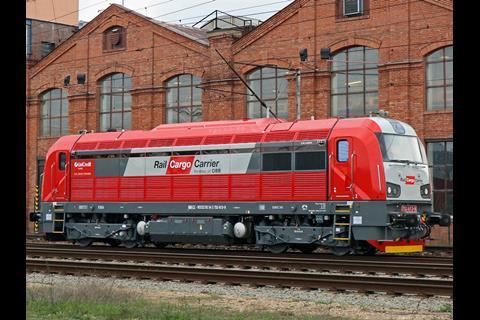 RCC-CZ intends to use the first of the locomotives to haul freight trains on the Polanka nad Odrou – Bohumín-Vrbice – Chałupki/Petrovice u Karviné route within the Ostrava industrial area and on transit Corridor 2 to Břeclav on the Austrian border.

The second locomotive is scheduled to be delivered to RCC-Slovakia in late May, for use on container trains serving sister company Rail Cargo Operator–ČSKD’s terminals in Bratislava and Žilina.

Ordered through a leasing agreement with Unicredit Leasing, the EffiLiner 1600 Bo-Bo locos are powered by a 1 550 kW CAT 3512C-HD engine with AC-DC transmission and have a maximum speed of 100 km/h.

‘One of the biggest advantages of these locomotives is their favourable purchase price’, according to CZ Loko Sales Director Jan Kutálek. ‘It is a complete upgrade of the original ČKD Class 753 locomotives that turns them into practically new locomotives. They can do the same job as a brand new locomotive. The purchase price, however, is almost two times lower. Another major advantage is fast and affordable servicing at Czech prices and a high level of unification with our other products.’

Since 2012, Class 753.6 locos have been bought or leased to freight operators SD-KD (five), Unipetrol Doprava (four), PSŽ of Slovakia (one) and CER CARGO Holding of Hungary (two). Production of the EffiLiner 1600 in its current form is to end in a year’s time, when the type approval runs out, and modification of the design to meet the newer standards will be necessary. In addition, CZ Loko wants to concentrate on the production of shunting locos.