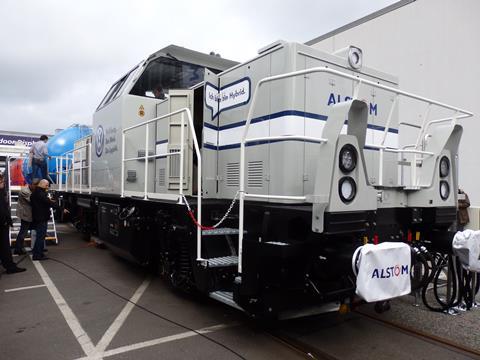 The 100 km/h locomotives are scheduled to be delivered from Alstom's Stendal plant in the second half of 2016. DAL will lease them to Currenta subsidiary Chemion Logistik for use at the Chempark industrial chemical sites in Leverkusen, Dormagen and Krefeld-Uerdingen.

The H3 locomotives will have 350 kW diesel engines complying with Stage IIIB emissions rules, and are expected to spend between 50% and 75% of their time operating in battery mode.

‘We have been convinced by the economic model, and in particular by the good life cycle cost of the Prima H3’, said DAL Managing Director Andreas Geue on March 29.