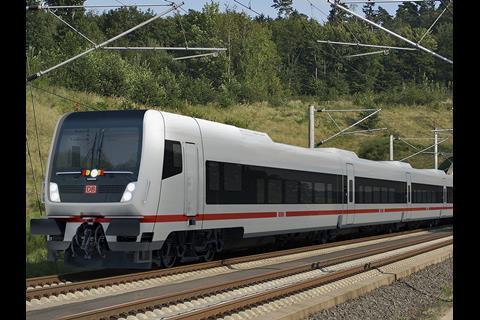 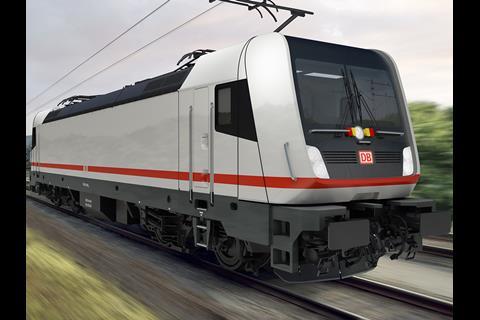 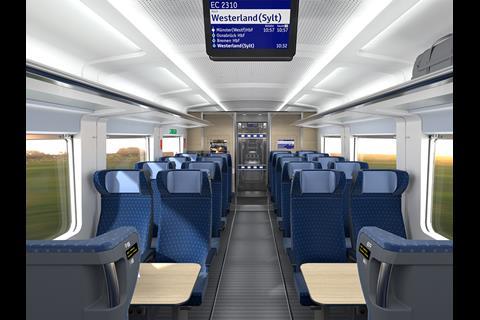 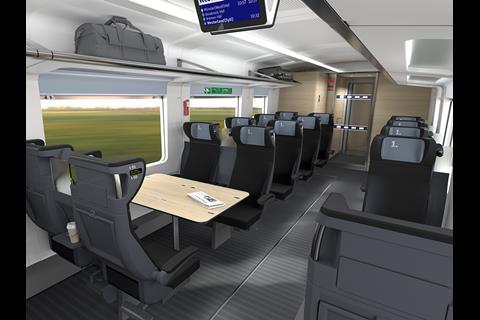 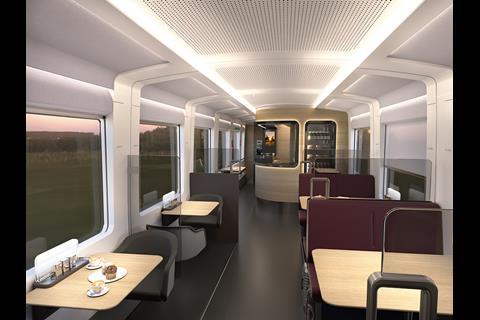 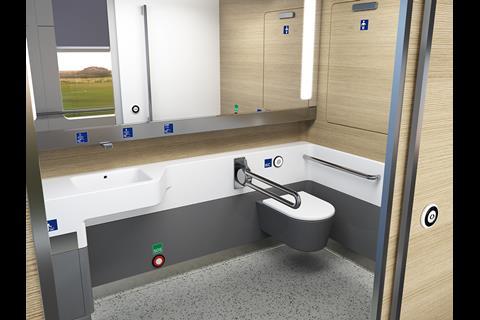 GERMANY: Deutsche Bahn has announced further details of the 23 push-pull trains that it ordered from Talgo for €550m in February as part of a framework contract for up to 100 trainsets.

At an event in Berlin on March 13 attended by the government’s Commissioner for Rail and Parliamentary Secretary of State for Transport & Digital Infrastructure Enak Ferlemann, DB CEO Dr Richard Lutz, Chairman of Patentes Talgo José María de Oriol Fabra and Berthold Huber, Board Member for Passenger Traffic, DB said that the trains had been given the working title ‘ECx’.

Described as a mix blending features from ICE and IC trains, each ECx set of 17 Talgo cars including a driving trailer will be matched with a four-axle multi-system locomotive suitable for 25 kV 50 Hz; 15 kV 16·7 Hz and 3 kV DC operation. Total weight of the 230 km/h trainset is put at around 425 tonnes. According to Huber, the Talgo 230 trainsets would also be able to operate with diesel locomotives.

Each ECx trainset will have 485 second class and 85 first class seats, three wheelchair spaces with adjustable-height tables, and a family and children’s area with space for pushchairs. A new design of seating is envisaged, which will be extensively tested with passengers before installation.

A rack for large items of luggage will be fitted in each saloon, and there will be space for eight cycles as well as sports equipment such as skis and snowboards. A catering vehicle will offer restaurant seating and a standing bar area. Tactile signage with information in Braille will be provided for sight-impaired passengers.

Level access boarding from DB’s standard height 760 mm high platforms will be provided throughout the train. DB says that this sets a new standard that will be specified in all future orders for long-distance rolling stock.

Interior lighting will be adjustable according to the time of day and real-time information will be provided on screens mounted below the ceilings and on end walls. Internet access and entertainment will be via the ICE Portal as fitted to ICE trainsets.

Huber confirmed that the ECx fleet would enter service from December 2023, with all sets in service by the end of 2024. Lutz added that this would enable DB to eliminate all old stock from its long-distance services from 2025.

The first sets would replace the current loco-hauled stock on the two-hourly Berlin – Amsterdam Intercity service. Journey times will be cut by about 30 min to around 5½ h as there will be no need to change locomotives at the border. From summer 2024 the trains will take over routes from Berlin, Köln, Karlsruhe and Frankfurt to the resort of Westerland on the island of Sylt, and on the route from Köln to Oberstdorf in the Bavarian Alps.