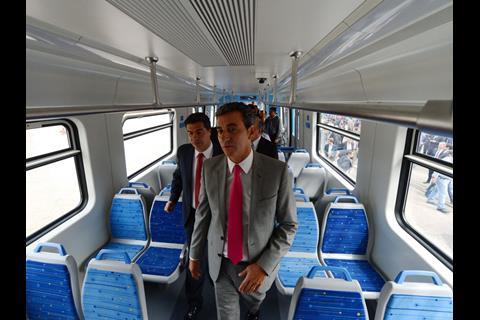 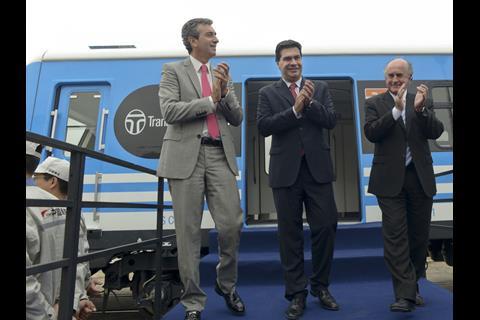 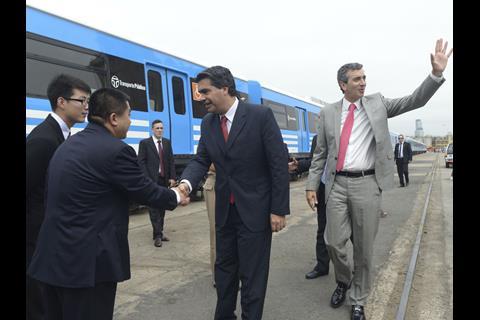 ARGENTINA: On February 26 Minister of the Interior & Transport Florencio Randazzo joined Transport Secretary Alejando Ramos and other dignitaries to inspect the first of 25 nine-car EMUs to be delivered for the Sarmiento commuter route in Buenos Aires.

Randazzo said that the new fleet would double capacity on the Sarmiento route, where an upgrading programme is due for completion by mid-July. From May to September this year CSR is also to deliver 90 EMU cars for the Mitre network where capacity would be tripled, according to Randazzo.

Deployment of the 160 coaches and 24 diesel locomotives that CSR is supplying for the San Martín route in Buenos Aires was now expected in around 90 days, following works to raise platforms to match the floor height of the new cars.